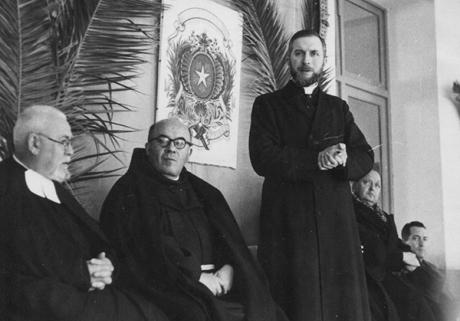 Archbishop Lefebvre’s spiritual conferences were sui generis. When he explained Christ’s four sciences, the superficial thought they already knew it all, but they did not immediately discern the concrete applications that the archbishop saw.

Appealing little to the sentiments, his exposes seemed dry, and yet, how essential, how profound, how contemplative! It was his soul, his state of mental prayer that he revealed without saying so to his audience, bringing them to the simple contemplation of the Faith. He also invited them to draw practical consequences from the Christian mysteries.

If this man, Jesus Christ, is God, if He is the only man among all men who is God, then everything flows from there: this man is the Priest, the Prophet and the King! How could we imagine that a creature could be indifferent to the presence of the Incarnate Word among us?”

When he waxed eloquent

“I assure you,” he said in Madrid,

there was nothing speculative about the conference I gave at Blas Pinar’s request. Even before I’d started and for two whole hours, the people were shouting in the street: ‘Viva Cristo Rey!’ ‘Long live Christ the King!’”

In public, his lecturing style was lively: full of images, sometimes teasing, even ironic, his words could be biting when he waxed eloquent, or was dealing with the media world, that he knew how to estrange with his political positions and to endear with his resistant’s profile that threw off and seduced at the same time.

The preacher’s modesty and audacity

During his famous Mass in Lille in 1976, a journalist, Robert Serrou, reporter for Paris Match, sketched in a few words the preacher’s style:

While the tone was peaceful, the words were enflamed, they were fire ships. He is both shy and bold, modest and full of assurance.”

Phrases such as “At least order reigns in Argentina!” and “The pope is not doing the truth!” were far from rare on Archbishop Lefebvre’s tongue in tense times. But in general, his tone was that of a doctrinal bishop and fatherly priest.

need to be enlightened by the truth, and taught who Our Lord Jesus Christ is, who God is. Often we speak relatively little of God Himself and more of what God does. We could make an effort to speak more on the divine perfections, to speak of the Blessed Trinity, of Our Lord who is God. For the more souls know God, the more they will desire to serve Him, and the more they will hate displeasing Him.”

You will preach Our Lord Jesus Christ!

A sermon in which Our Lord Jesus Christ does not have His place is useless: either the end or the means are missing. ‘We do not preach ourselves,’ declared St. Paul, ‘we preach Jesus Christ Our Lord’ (I Cor. 1:28).”

Morality that flows from dogma

The morality preached by Archbishop Lefebvre was not natural ethics, but rather Christian morality, the morality of sanctifying grace, the supernatural virtues and the gifts of the Holy Ghost.

The faithful are sometimes captivated when we speak to them of the gifts of the Holy Ghost, the beatitudes, the fruits of the Holy Ghost that are part of the spiritual organism of all souls that have received the sacrament of baptism. ‘No one has ever told us about that! We didn’t know that the Holy Ghost acted in us like that!’”

The gift of the obvious

Archbishop Lefebvre spoke to be heard and understood. He did not refuse to use a microphone. He said things simply and in order. “In his sermons,” said a legal expert,

he had the gift of the obvious; it was like an excellent defense speech; you couldn’t not agree. It is all in the quality with which the reasoning is conducted.”

Doubtless he did not have the soaring flights of a true orator, but he became one in spite of himself, when the Holy Ghost seemed to come down upon him, seize him and inspire him. With the miter on his head, during his ordinations sermons he felt an infectious conviction: his tone would rise, his voice would be stronger at times, his finger would point and he would proclaim the principles of combat and the avenging truths against the enemies of the Church and of the priesthood. 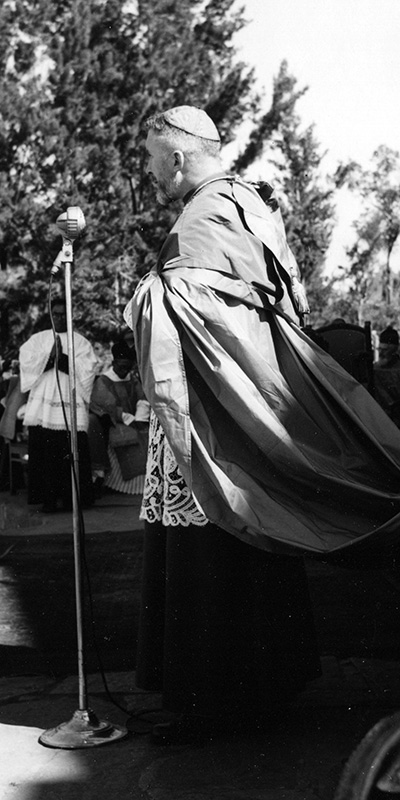 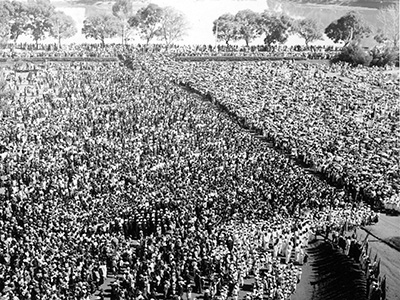 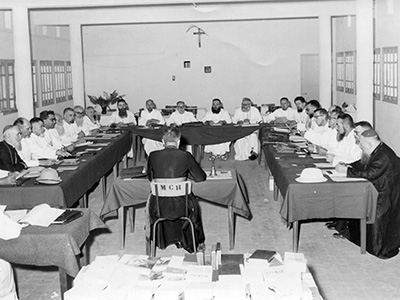 "We ought to preach everywhere that there can never be happiness here below without the kingdom of Our Lord Jesus Christ. We cannot do anything meritorious for heaven without the grace and the spirit of Jesus Christ. Those are truths which are obvious for the Church but which many Catholics today no longer wish to receive."