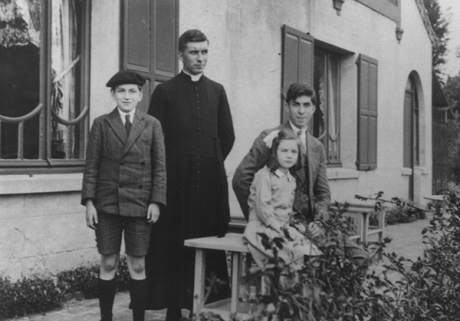 A young priest with a character full of contrasts

“He had a lofty intelligence in theology,” reports one of his confreres from the seminary; but another is careful to point out: “I didn’t have the impression he was an intellectual; he was more oriented towards practical things.”

At the French Seminary of Rome, he was in charge of the bookstore, whose profits went to the poor children of the catechism classes. He was also M.C. and fulfilled his functions gracefully. Pious without display, “he was an unassuming confrere, who made no noise at all.” His most ordinary actions were filled with a religious spirit and during his last year, his daily Mass was a model of modesty.

But, “he already had a strong personality with very determined and well-rooted convictions,” that he revealed when the healthy doctrine seemed to be at stake or when St. Thomas Aquinas’ position was attacked; and he knew how to defend them!

Admirable and formidable, that is the image we had of Fr. Marcel Lefebvre, said one of his fellow students. Admirable in his care for the Truth as it appeared to him, according to St. Thomas Aquinas. Formidable: the opinion of those who did not share his point of view did not matter! His faith defied the lovers of theological nuances. No, his was not an ‘accommodating’ temperament. The Lord had made him ‘like that’.”

At the same time, he was an exquisitely kind seminarian, who enjoyed an unquestionable reputation for devotion and goodness. “He was a model for us, always smiling, always affable.”

Allow us to point out the contrast, already mentioned by witnesses, between his rooted convictions that won him the nickname sana doctrina petrificata (the healthy doctrine petrified!), and his affability and sense of organization that earned him an aura of amiability. What was the key to this troubling psychological duality? In reality, Marcel did not have a closed mind, but rather a strong will that made of him a man of convictions. 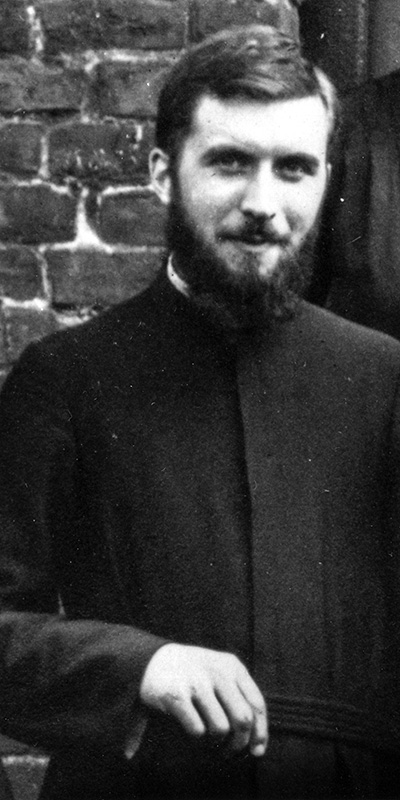 "A young priest remarked that Archbishop Lefebvre 'beneath his affable and very courteous exterior, was inflexible in his ideas.'"