As a teenager, Marcel is described by his sister Christiane as having “the most balanced and most peaceful of temperaments, with a strength of soul that was far from ordinary.”

Marcel had a heart and he had guts; he liked to visit his paternal grandfather and make him happy. During the war, he would go to serve Mass in spite of the curfew and the German patrols; he devoted himself to the city’s poor without boasting about it. At home, he went out of his way to lessen the servants’ load; at table he loved to read a passage from the lives of the saints, while his older brother managed less easily. “His oldest sister Jeanne was often moralizing. But Marcel was relaxed; he spread peace; just seeing him made one happy; his teasing comebacks spread joy.”

“Of the two oldest brothers,” said their sister Christiane, “Rene was more easily at the top of the class and it was the brilliance of his intelligence that shone. Marcel was more in second place, but the clarity of his judgment was more remarkable. When he left for the seminary, our mother remarked: ‘How is the household going to run without Marcel?’”

Of a helpful nature, he had a taste for practical things: “After the war, in 1919, Marcel decided that the bedrooms had been lit by oil lamps for long enough. He dove into a big book on electricity and with the help of a friend, installed electricity on the upper floors, after planning for all the necessities.” On vacation, the initiatives came from Rene, but Marcel organized them: in 1920, he planned the siblings’ bicycle trip from Bagnoles to Mont-St.-Michel (a several hour journey of 58 miles). 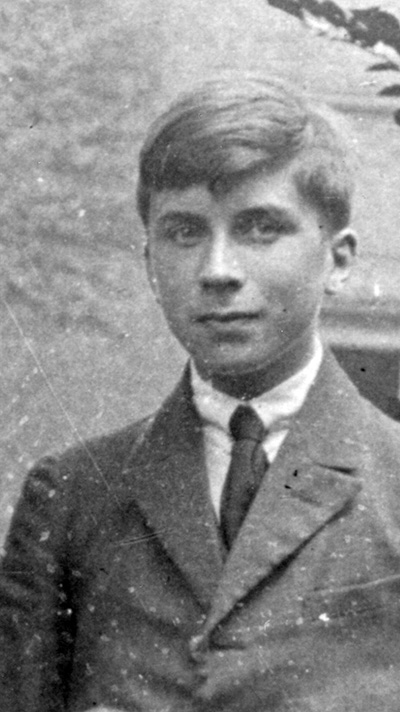 “The most balanced and most peaceful of temperaments, with a strength of soul that was far from ordinary.”