As President of the Episcopal Conference of West Africa, he had been appointed a member of the Central Preparatory Commission of the Second Vatican Council in 1960.

John XXIII, who succeeded Pope Pius XII in 1958, did not understand Archbishop Lefebvre’s language. He appointed the Archbishop of Dakar to the humble Diocese of Tulle, in France (1962), a diocese experiencing difficulties, whose seminary had just closed.

Immediately the new bishop started a host of projects: rallying his isolated, impoverished priests, turning them into the founders of little Catholic schools, building a new boys academy and reopening his seminary. “Nothing is lost,” he said. In Tulle his coworkers thought that he was “an excellent ‘hands-on’ bishop....very close to his priests”.

Six months later though, Marcel Lefebvre was elected Superior General of the Congregation of the Holy Ghost, just as the Second Vatican Council was opening.

As President of the Episcopal Conference of West Africa, he had been appointed a member of the Central Preparatory Commission of the Second Vatican Council in 1960.

During the next-to-last preparatory session, in June 1962, he witnessed in astonishment the serious altercation that pitted Cardinal Ottaviani, the representative of Roman doctrine, against Cardinal Augustin Bea, an innovating figure from the liberal wing.

On October 11, the 21st Ecumenical Council of the Catholic Church finally opened. Immediately the liberals maneuvered to take control of working commissions and to bring about the rejection of the preparatory schemas, or draft documents. John XXIII let them do so, and this dramatic situation alarmed Archbishop Lefebvre. He spoke up publicly several times and denounced the liberal ideas and the modernizing errors contained in the new schemas.

President of the Coetus Internationalis Patrum

But his activity was above all practical. Backed by two combative Brazilian bishops, Antonio de Castro Mayer and Geraldo de Proenca Sigaud, and assisted by Cardinal Arcadio Larraona, Prefect of the Congregation of Rites, he organized a secretariat with two priests. With the help of theologian friends, using whatever means happened to be available, he informed the Council Fathers of what was being plotted while at the same time organizing the counterattack. Four times the schema on religious liberty, which he deemed the most erroneous and most harmful, was blocked.

As for the second session, in 1963, a group of around 250 Fathers was formed, the Coetus Internationalis Patrum (Latin for: International Group of Fathers), over which he presided.

Archbishop Lefebvre quickly became the Council Father that the liberal Fathers loved to hate. When Pope Paul VI, the successor of John XXIII, spoke in 1965 about appointing the former Bishop of Tulle a member of an ad hoc commission of four Council Fathers to resolve the problem with the schema on religious liberty, panic ensued among the liberal cardinals, who begged the pope not to do anything of the sort. “I was the only one eliminated,” Archbishop Lefebvre later said with a smile, “my interventions on this topic during the Council and my membership in the Coetus frightened them.”

During a meeting in Rome, the other Spiritan bishops chided him for his interventions, which were “so contrary to the orientation of the French episcopate” yet were made in his capacity as Superior General of the Congregation of the Holy Ghost. He replied: “I oblige no one to think as I do, but I speak as I think.”

Assessment of the Council

After the passage of some years, Marcel Lefebvre would make an assessment of the Council:

As Cardinal Leo Suenens said, Vatican II was 1789 [i.e., the French Revolution] in the Church. Now, with the preparatory texts, the Council was preparing to be a light for the Church that would permanently have dispelled the widespread errors within it. But instead of that, we have witnessed the revolution in the Church, the adulterous marriage of the Church with liberal ideas.” 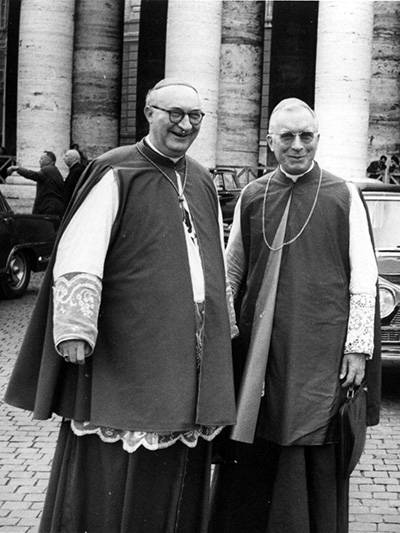 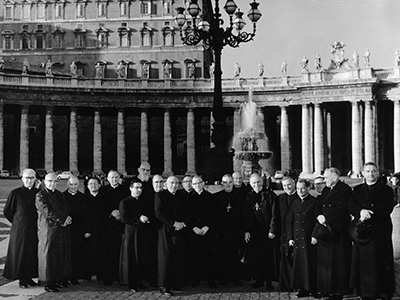 The Coetus Internationalis Patrum was formed to oppose the domination of the Council by liberal bishops.