With regard to the New Mass

Archbishop Lefebvre did not found his seminary or his Society to oppose the New Mass, but to promote the Catholic priesthood; that is what would lead him to reject the Novus Ordo Missae published by Pope Paul VI in 1969.

The New "Order of Mass"

Despite the publication of "A Short Critical Study of the New Order of Mass," signed by Cardinals Ottaviani and Bacci, Archbishop Lefebvre realized that nothing could prevent it from going into force. He observed the bishops’ reactions and also those of the Protestants: a pastor in Alsace declared that he was even inclined to celebrate the Lord’s Supper with the Novus Ordo Missae: “Theologically, it is possible,” he said.

"We are keeping the old Mass"

Marcel Lefebvre had to make a practical decision. He assembled his seminarians on November 26 and almost timidly asked them: “We are keeping the old Mass, right?” He said no more about it. They all understood what was at stake in the question. And they all agreed with a nod. They unanimously rejected the codification of the liturgical reform, the experimental stages of which had caused them pain and suffering in their parishes for years.

Even though the archbishop did not yet take a public stance, that day, November 26, 1969,[1] is an important date in Church history: by his discreet but resolute “no”, this one bishop virtually cancelled out the reform of the Mass. This “no” was an eminently counter-revolutionary act; it broke the apparent consensus imposed from above by Paul VI and his secretary, Annibale Bugnini.[2] His friend Bishop de Castro Mayer wrote to him that he was presenting the same resolution to his clergy in Campos, Brazil. They would be the only two bishops to stand up against that undertaking. To their everlasting credit!

The doctrinal reasons for the rejection

On June 9 and 10, 1971, Archbishop Lefebvre presented to the members of his Society the three doctrinal reasons for his rejection of the liturgical reform:

Therefore this was no sentimental nostalgia for an outdated liturgy, but rather a battle for three truths of the Catholic Faith defined by the Church.

Furthermore, the new rite, created artificially by Paul VI, is not the heir to a living, continuous tradition. On the contrary, St. Pius V, in the bull Quo primum dated June 12, 1570, imposing his Missale Romanum on the whole Latin Rite Church,[3] only amended according to the best sources and codified the Roman Missal that was still in force in Rome, which went back to St. Gregory the Great, the pope who reigned from 590 to 604, and, through him, to apostolic times.

The archbishop explained that, given the antiquity, the continual usage, the power, the doctrinal assurance, the holiness and the fruits of that rite, the act of St. Pius V had the force of a canonization: this Mass would always edify the Church, and no one would ever be able to forbid it, not even a pope.[4] Paul VI was able to create another rite, but he did not have the power to abolish the traditional rite.

It would be necessary to wait for Benedict XVI and his motu proprio dated July 4, 2007 to have this truth recognized in Rome. Until then, the refusal of the Society of St. Pius X to accept the Novus Ordo was the stumbling block between it and the Holy See:

I knew very well that a traditional seminary and our refusal to adopt the Novus Ordo would cause me difficulties with Rome, and I would have preferred to die than to have to oppose a pope,” Archbishop Lefebvre said in 1974.

Although Archbishop Lefebvre had to resist Pope Paul VI, who was unjustly trying to suppress the traditional rite, he was still obliged to denounce the perniciousness of the New Mass which, by its Protestant tendency, is in itself bad and dangerous to the Faith. The archbishop even expressed doubt about the validity of many Masses celebrated according to the Novus Ordo.

The New Mass is ambivalent, equivocal,” he explained, “because one priest can say it with the integral Catholic Faith in the sacrifice, in the Real Presence, etc., and another can say it with another intention, for the words that he pronounces and the gestures that he makes no longer contradict it.”[5] 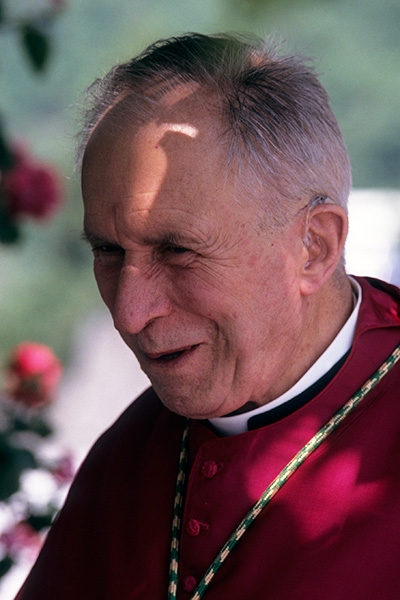 "We must be attached with all our heart and soul to the holy sacrifice of the Mass because it is in the Mass that we shall truly discover what the love of God has done for us. For if there is a testimony of God's love for us, it is indeed Our Lord Jesus Christ on the cross. What more could Our Lord have done than to immolate Himself on the cross to redeem us from our sins?"